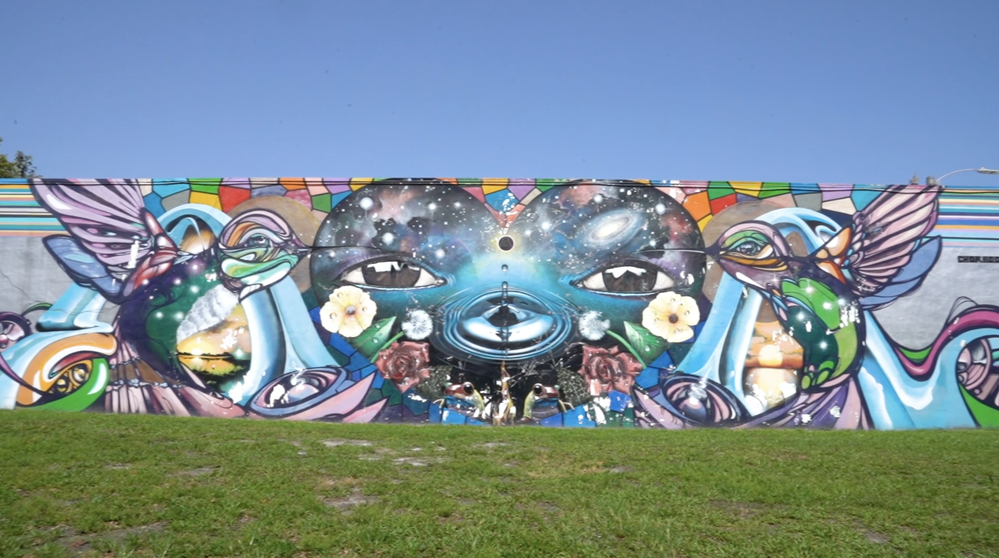 CHOR BOOGIE is a west coast artist from San Diego. He is an artist, a conceptual genius, a street romantic, a master of illusion and technique.

TREK6 is a Miami street artist who began his artistic curiosity at age 6, when his Puerto Rican grandmother gave him some paint from her art supply store. Now, three decades later, it's blossomed into a talent that's created some of mural-happy Miami's most recognizable walls

This mural was painted in 2016,and is named, "Love Your Mamma". CHOR BOOGIE has recently lost his mother this year and decided to create this mural in her honor. He painted his mothers eyes (by memory) in the the middle of the heart. Trek6 painted the humming birds and if you look closely you can see the details on the frogs and beads of water on the rose petals. The entire mural was done almost exclusively with aerosol paint. This was my favorite mural of that 2016 Art Basel season.