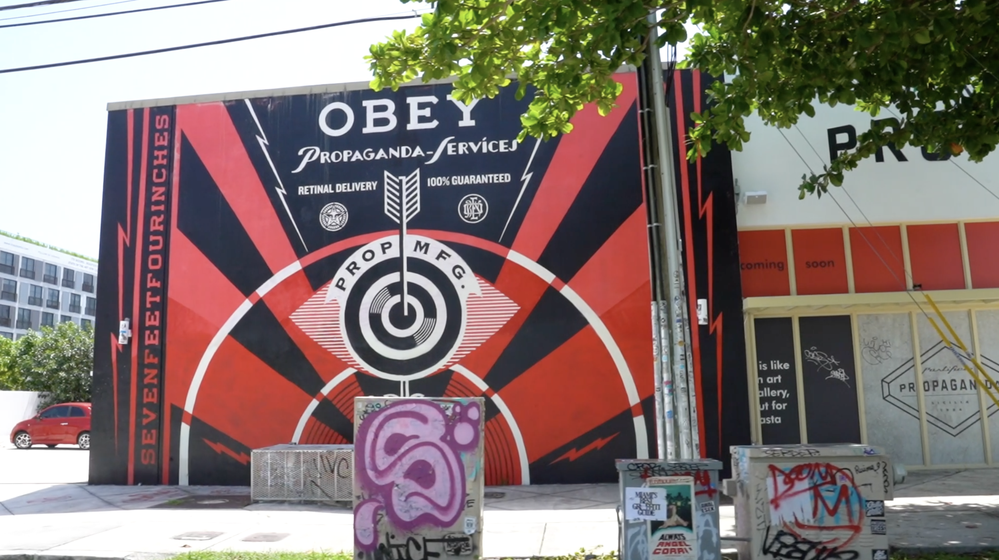 SHEPARD FAIREY is an American contemporary street artist, graphic designer, activist, illustrator, and founder of OBEY Clothing, which emerged from the skateboarding scene. He first became known for his “Andre the Giant Has a Posse” sticker campaign while attending the Rhode Island School of Design. Today Shepard Fairy continues his propaganda style murals and is considered one of the most recognized street artists in the world.

This mural is a classic Shepard Fairy work in its propaganda style with his OBEY slogan up top.