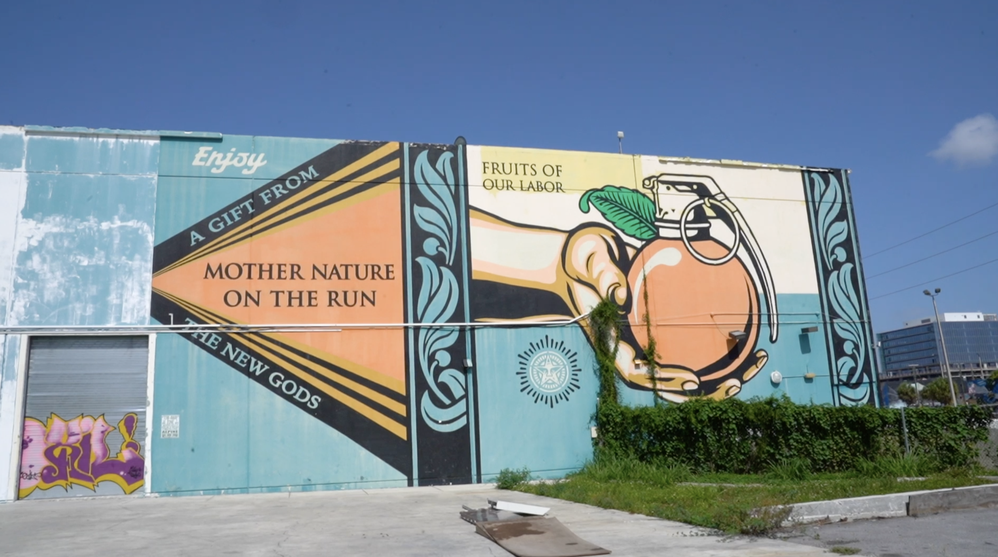 SHEPARD FAIREY is an American contemporary street artist, graphic designer, activist, illustrator, and founder of OBEY Clothing, which emerged from the skateboarding scene. He first became known for his “Andre the Giant Has a Posse” sticker campaign while attending the Rhode Island School of Design.

Like all of SHEPARD FAIREY'S work this mural is inspired by propaganda and depicts the official fruit of Florida and illustrates the human recklessness of how we treat the environment. This particular mural was commissioned by Moishi Mana to be painted on the side of his businesses headquarters in Wynwood.