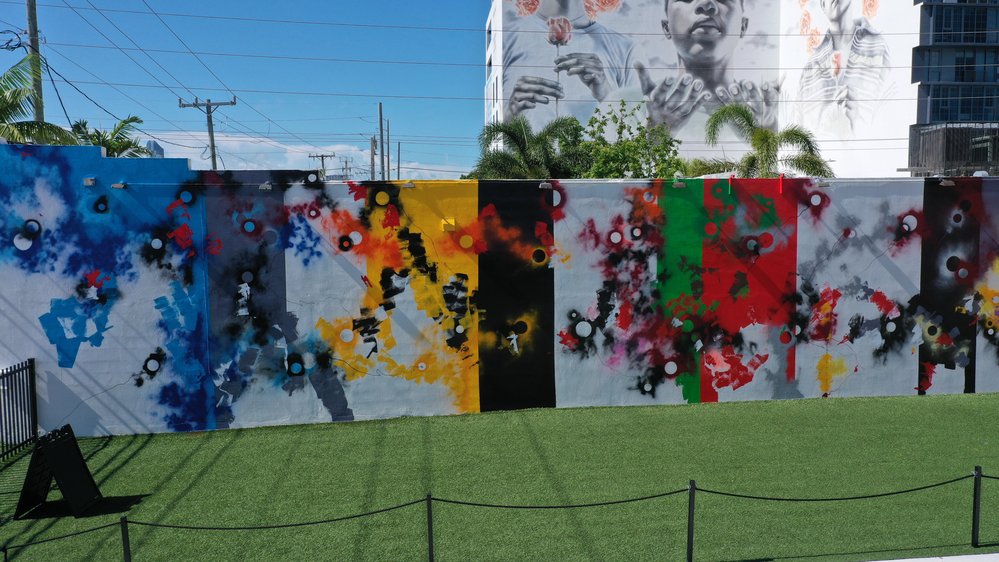 FUTURA 2000 is a contemporary American graffiti artist. Over the course of his career, he transitioned from making New York-based subway graffiti in the early 1970s, to exhibiting at Fun Gallery in the 1980s alongside major artists. Today his work can be found in the collections of the Museo de Arte Moderna di Bologna, the Musée de Vire in France, and the Museum of the City of New York. FUTURA lives and works as a graphic designer in Brooklyn, NY.

Created in the first year of the Wynwood Walls project and then retouched in 2019. FUTURA painted the main entrance of the property on the left. The scale of the wall gave him an opportunity to create a piece many times larger than a subway car or a handball court, which were the canvases for his early work. Using paint rollers with extensions to sketch his composition spontaneously, as well as a few stencils. FUTURA approached the challenge of its scale by dividing the wall into panels and sections as if they were a number of individual paintings. He told himself he’d find a way for them to work together as one piece, and indeed, in the finished mural the colors and forms come together to create a contemplative landscape with a sense of movement and rhythm.