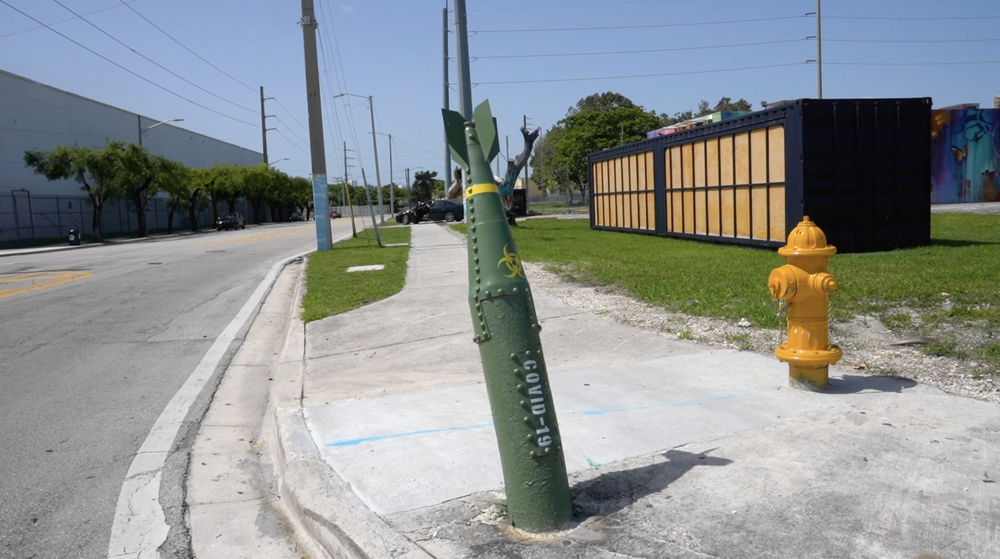 SCOTTY is an alias for the artist that remains to be unknown.

Scotty says he and his dog have walked past a metal pole sticking out of the sidewalk at an angle near 23rd street and 5th ave. countless times. Over the course of several nights, he primed and spray-painted the pole Army green a couple of times and used a strong adhesive to secure what look like bolts along the sides. He found an abandoned traffic cone during one of his walks with Lea, his dog. He attached plastic fins to the traffic cone to make the missile's tail section. And when everything was done at home, he went out one final time, earlier this month and glued the tail section to the pole. Now it resembles an unexploded missile half-buried in a patch of torn-up pavement.