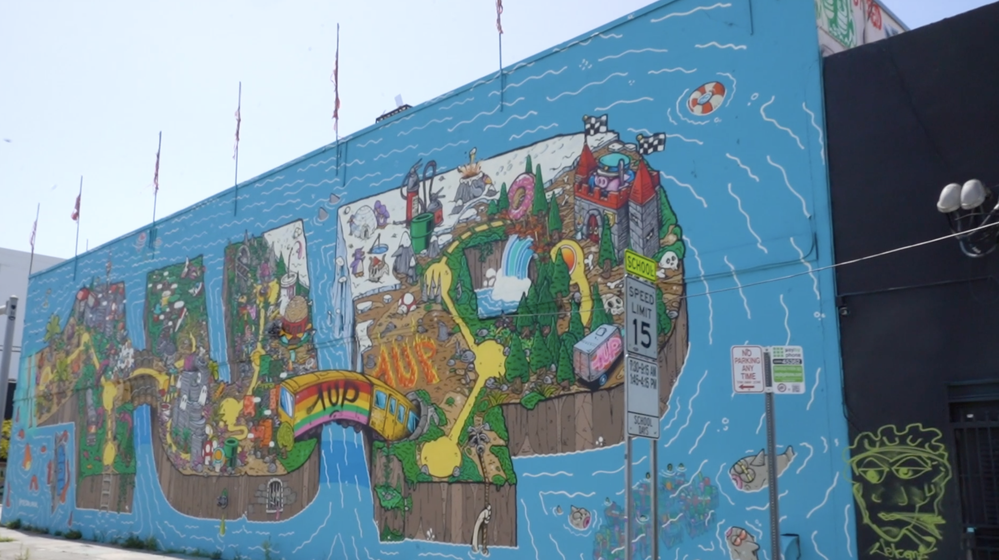 1UP is an international graffiti crew, notorious for their ability to bomb the most impact spots. Organized in 2003, these wild children caused havoc in cities worldwide. Spreading their 1UP stamp on subway cars, wrecked ships & rooftops everywhere.

This mural is one of the most in-detail pieces 1UP Crew has done to date. Within the letters of their crew name, are references to some of their most iconic pieces around the world. Notice the ship wreck on the bottom left. This is a reference to the ship 1UP "bombed". This mural was done during Art Basel, December 2019.